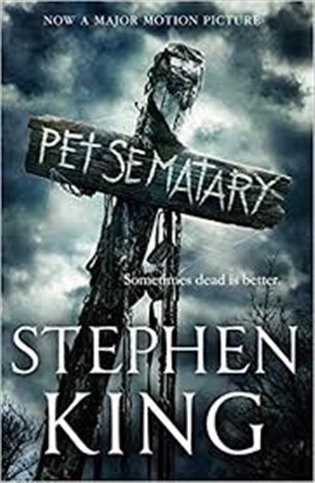 Soon to be a major motion picture from Paramount Pictures starring John Lithgow, Jason Clarke, and Amy Seimetz!Stephen King’s #1 New York Times bestseller Pet Sematary, a “wild, powerful, disturbing” (The Washington Post Book World) classic about evil that exists far beyond the grave—among King’s most iconic and beloved novels.When Dr. Louis Creed takes a new job and moves his family to the idyllic rural town of Ludlow, Maine, this new beginning seems too good to be true. Despite Ludlow’s tranquility, an undercurrent of danger exists here. Those trucks on the road outside the Creed’s beautiful old home travel by just a little too quickly, for one thing…as is evidenced by the makeshift graveyard in the nearby woods where generations of children have buried their beloved pets. Then there are the warnings to Louis both real and from the depths of his nightmares that he should not venture beyond the borders of this little graveyard where another burial ground lures with seductive promises and ungodly temptations. A blood-chilling truth is hidden there—one more terrifying than death itself, and hideously more powerful. As Louis is about to discover for himself sometimes, dead is better…